Pulling into to the launch on Sunday morning, David Slater didn’t think he would be pulling out later that day having crowned his proudest achievement in bass fishing. It was little over a year and a half ago, when David was lucky enough to survive a boat crash that totaled his Z519 Ranger on the Pend Oreille River. A malfunction in David’s GPS unit led him out of the river channel and up on to a shallow rocky flat. A split-second maneuver avoided a catastrophic collision with a shallow rock pile but flipped the boat, leaving the Ranger totaled and the David badly injured. A few months later, after David was finally reimbursed by the insurance company, he made the decision to buy a smaller boat. It was perfect timing as his friend and fellow club member Noah Whitten was selling his aluminum Bass Tracker and David jumped at the opportunity. After fishing with the Tracker for a year, David loved being back out on the water, but came to believe that “[he] would never be able to win another tournament against fully-rigged bass boats.” Little did he know that his 16.61 pound Moses Lake stringer would revive his tournament confidence, and give David his first win in his “LB” (Little Boat)!

Do you have experience on Moses at this time of year and how did that help you prepare?

Over the last several years, David has spent a large amount of time on Moses Lake in the early prespawn. “Moses, like most lakes right after ice-off, fishes really tough. This time of year, if you can put together 5-8 bites, it’s a successful day on the water. You can go hours without a bite and then run down the same stretch you fished an hour ago and pick off 3 fish… that’s just spring fishing!” David expressed that it was his mental toughness from years of tough early season fishing that helped him grind out his limit. “A lot of guys can get really spun out from the tough conditions, but if you can just maintain your composure, you have the best chance for success.”

Were you able to practice for this event, if so how did it go?

Due to a late ice-off in central Washington, David didn’t get to practice for this event. However, being that the Spokane Bass Club’s event was on Sunday, David was able to get out and “practice”/compete in a Panhandle Bass Angler tournament on Moses the Saturday before his club tournament. David managed to bring a decent limit to the scales and learned a lot to prepare him for the next day. “Late in the afternoon, my non-boater caught a 4 pounder on a chatterbait on a flat that we had been fishing for hours. I realized that as the water temperature was approaching the high 40s, the bigger females were moving up onto the flats and starting to feed.”

Going into Sunday’s Spokane Bass Event, what was your game plan?

“I had made my mind up to run back to the Cascade Arm again. The weather on Sunday was sunny and 65° and that arm is typically muddier than the rest of the lake, so it tends to heat up faster.” On Sunday, when David launched the boat, his graph read 43° at blastoff (up 4° from the day before) and by the time he reached the Cascade arm, his graphs tipped off at 49°. “I felt confident that the fish should be in a more positive feeding mood on Sunday when I saw the water temperature, and when the 4th cast of the morning produced the first fish, my confidence grew even more.”

Walk me through your day – how did you catch them and what did you see out there?

After the run up to the Cascade arm, it didn’t take long for David to start catching them. Starting the morning off throwing a Strike King 1.5XD on a shallow rocky flat, David put his first fish in the boat right off the bat, with another following suit shortly after. “It felt great to get the first two fish early in the day… I didn’t get my first bite until 9:30 the day before. However, I realized that both of the keepers that I had were males, and I knew that if I wanted a chance to win, I had to make an adjustment to target the bigger females. In the past, I had noticed that the staging females tended to suspend around the first break off of shallow rocky flats. When I moved out onto the break, I could see the fish suspending right off of the contour change, but couldn’t get them to eat out there. I realized that I may have to play the waiting game, for the warm midday sun to reposition those big females.

As the day progressed, the muddy water rapidly warmed, the bite started to turn on as a subtle afternoon breeze blew across the lake. “After the sun had been up for a few hours, I returned to the shallow rocky flat throwing a green pumpkin Z-man Original Chatterbait. I paired with a Reaction Innovations Skinny Dipper as the bass were up chasing baitfish. My approach was to slow-roll the chatterbait over the shallow flat so it would deflect off of or hang up on the rocks… generating a reaction bite. It was a very similar bite to slow-rolling a chatterbait around pad-stems or pencil reeds where the chatterbait would hang-up and then the bait would explode forward out of the cover.”

After David put his first 3 pounder in the boat on the chatterbait, a subtle breeze started to blow across the flat. “The breeze was the last piece of the puzzle that I needed to really turn the chatterbait bite on! Almost as soon as the wind started, I came over a shallow rock and hooked into my kicker, a big prespawn largemouth. After that fish I started targeting the specific pieces of the flat that were getting hit by the wind and I filled out my bag and even culled a few times.” The wind added just enough surface disruption to entice those big females to move up on the flat and start to feed. And David was right there to trick them into biting!

Explain how you think the conditions affected the bass and what you adjusted you made?

Condition – Weather transitioned from flat calm to a 3-5mph wind

Reflecting on the win what are some key learning lessons you can see in your day out on Moses?

To someone who hasn’t been out on Moses in the early spring what advice would you give to help them put fish in the boat?

David’s big win came from years of hard work, time on the water, and a strong mental approach. He embodied the love and passion that we all have for this sport and his emotions and ongoing excitement over his first win out of “LB” were definitely felt. I couldn’t be happier to have spent the time speaking with David about his recent accomplishments and share his story.

If you are in the Spokane area and looking to join a club, look into the Spokane Bass Club. It has a great group of members that are willing to share with and develop newcomers!! 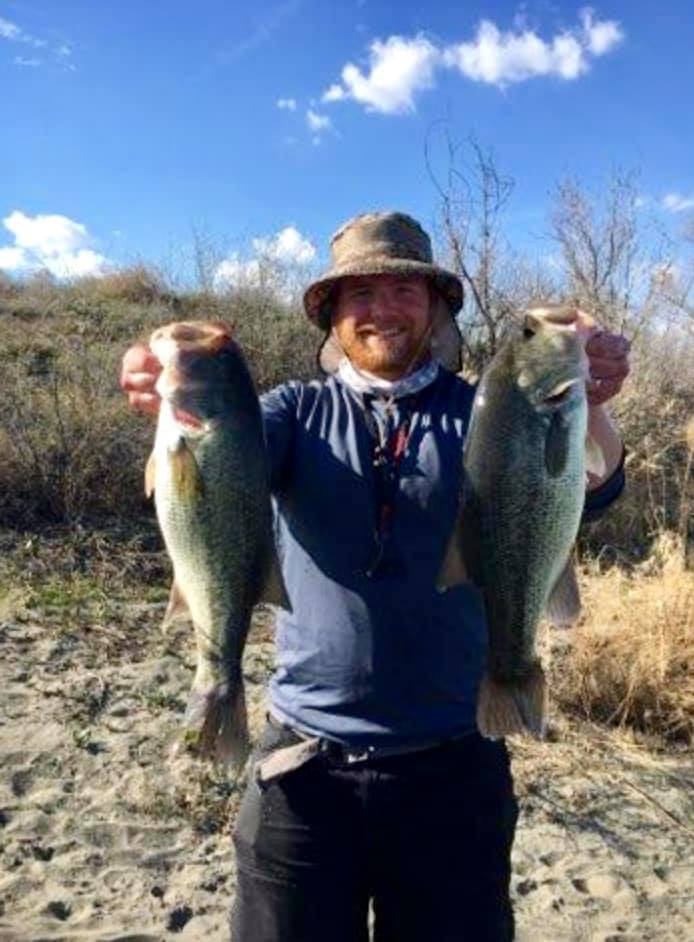 Awesome write up and info