New to the site

Hey everyone, Jake "the snake" Anderson commented on my profile requesting I share some fish pics I figured I should probably do that and introduce myself so here goes-

I'm Colby & live in Oregon and am new to the site! I probably wont post a ton as I'm aware this is a Washington based forum but I hope to learn from some of you and participate where applicable. I was drawn to this site by a few members, over the years I've watched Tag constantly catch giant fish from the NW which is extremely entertaining and motivational I'm sure for most, also my cousin is Austin Heyer, we had fished years ago on a family vacation, lost contact and recently re-met eachother to find we both developed a love for bass fishing! Too crazy.

I've been bass fishing almost all my life, and started fishing tournaments as a co-angler when I was 11 in Northern California, mostly on Shasta. I currently am going to college at a local community college and fishing tournaments as well, bass fishing is my passion and I would love to pursue it as a profession one day. I fished in the FLW High school tournaments where I won state, regionals and placed 2nd at Nationals. Tournament bass fishing is my ultimate focus but I have an unquenchable addiction to fishing for trophy fish predominantly with swimbaits but other baits as well. In the past I was known as pretty much a die-hard swimbait fisherman but have since branched out and value all types of fishing and believe they are critical in finding constant success. I have had some great success fishing whatever tournaments I can thus far and plan to keep learning and developing my tactics and instincts to the point where one day I may be able to compete on a grand scale! That's the goal anyways.

I'm unsure of what typical protocol for joining the site is as far as bio's go but I figured I would post here, I also am trying to attach some photos of some nice fish from this year, hopefully it works. If this was posted in the wrong area and a mod could move it/edit it appropriately that would be great! This site is constructed a lot different than other forums I'm part of so I'm still learning, lol. 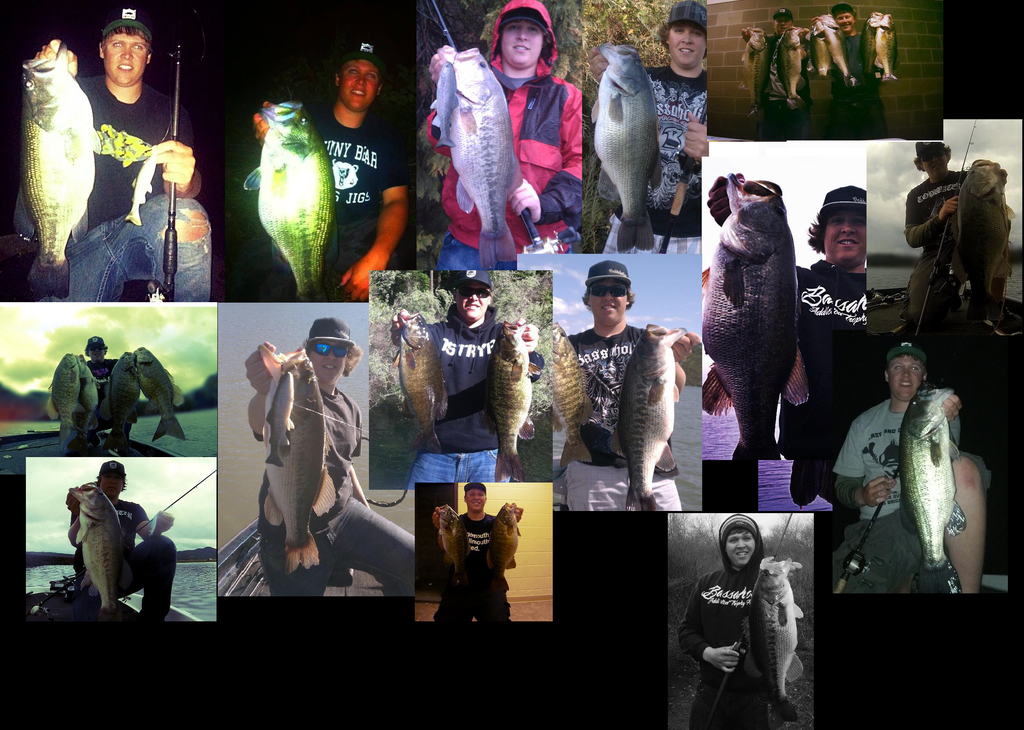 Ronald, you definitely have a point Oregon isn't known for any major contributions to bass fishing. I put in a lot of time on the water though and rig/modify baits a lot so I suppose when it comes to "Each respectively" on the Oregon side I just have my own variations lol, not deviating much from the norm typically but sometimes I'll need a rig or modification to cater to specific fish that can be substantial. I'll have to post some of them possibly at some point if I see a good spot! Thanks for the welcome!

Comment by Ronald Hobbs, Jr. on December 8, 2013 at 8:13pm
You said there are some techniques that are "unique to each respectively" we have rev rigging, what do you guys have? Ha ha welcome to the site!

This kid is for real ;)  Welcome Colby.

LOL Jake, good to know! That forum still annoys me to this day hahaha.

Comment by Jake Anderson on December 6, 2013 at 12:14pm
Now we are talking! Good to see you 'round Colby. In depth jig trailer discussions are welcome here!!!

Welcome to the site, Colby!  Talk about a collage of toads!  Awesome catches and thank you for posting.

Like Jordan mentioned, there are many similarities between Washington and Oregon.  Please feel free to chime in and participate as I know you have some great information to share!

Thanks Jordan! Yes there seems to be a lot of similarities between Washington and Oregon including a lot of shared tactics and fishing styles, there's also some techniques that are unique to each respectively thats the kind of stuff I'm always excited to learn about!