I was at Tapps fishing yesterday (10/23).  When we went in for the day, we noticed that there was a big "ta-do" at the boat launch park.  We ran into Senator Pam Roach, as well as Danny from Fish and Wildlife (and two others).  She told us that they were doing a study based on information gathered at the town meeting last month.  Apparently, she went out with WDFW people the night before and Electro-shocked up some fish, and also setup gill nets.  That morning, they were showing the results of the gill netting there at the park.  They had a camera, as well as a bunch of kids there.  It was really kinda cool.  Unfortunately, they killed a few SM, and of course, caught no Musky.  They new the time was a month too late, but someone (the Senator) had some pull with the "upstairs" and got them out there to catch fish in shallow water in winter.  They caught a bunch of Perch, but mostly Suckers, and some Carp.  They told me the Suckers were the primary food source for the Musky's.  I told the WDFW guy about how many Musky we all catch per year, and how many grap our SM on the way in, but they know that anyway.  Nevere seen a LK Tapps sucker before.  They're about a foot long.  Interesting stuff, I thought.

As far as the Senator...I used say bad things abpout her, but she seems like a pretty nice lady!  I'll stop being bad.

P.S. ...F.Y.I....The boat launch PARKING LOT has been moved to around the end of the lake.  The old parking around the corner is now parking for the Ballfield.

Thanks for the update Russ. It's good to see that the politicians that work for us are at least pretending to care. 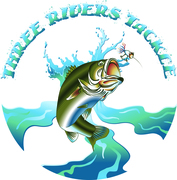 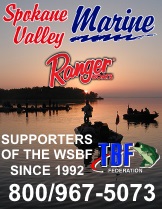