Well, this is simple story about my line snapping last week and my very expensive Triple Trout flying out in the water.... with that said I also went in the water after it in about 4' of water at a local park in Tacoma. (I was just trying a new real and rod combo) no luck after an hour of freezing my behind off! People were standing around asking my girlfriend what I was doing and saying "look at that crazy white boy!"

It had been worrying me, not only because it was a $75.00 lure but I keep thinking about a kid getting it in their foot or something in the future.... so today, a week later I had this thought to go back and look again because the wind wasn't blowing and I mean the weather was so nice anyway...

long story short after 45 mins in the water today, people just staring again, I actually found it!!!!!!! I owe it to God by all means possible because the 43rd minute today I said a little prayer, "God please help me find this lure, it would just be such a uplifting experience and I've had a horrible week". The 44th minute I just gave up and with one final look to the left.... you wouldn't believe it, but there was my line wrapped around a Lily Pad!!!!! I started pulling and 15' foot of line later my baby came swimming to me with the same great action as when she left.... I then did my best impression of Mike Iconelli for approximately 5 minutes!

I hope somebody can feel my pain and enjoyment! jw 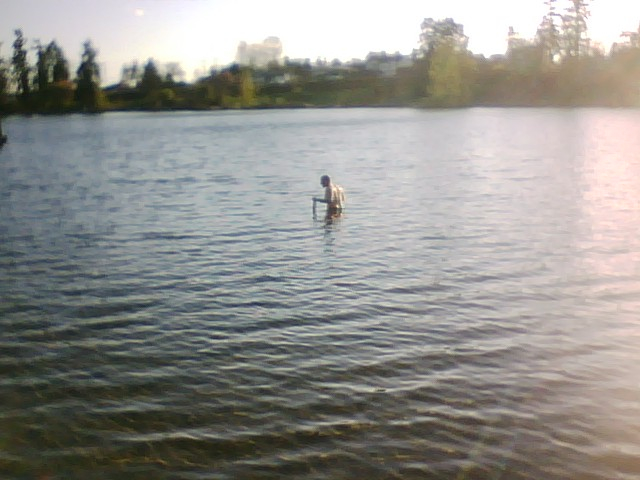 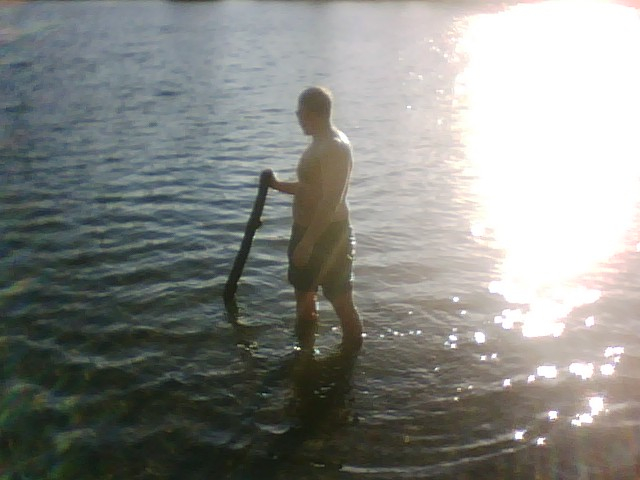 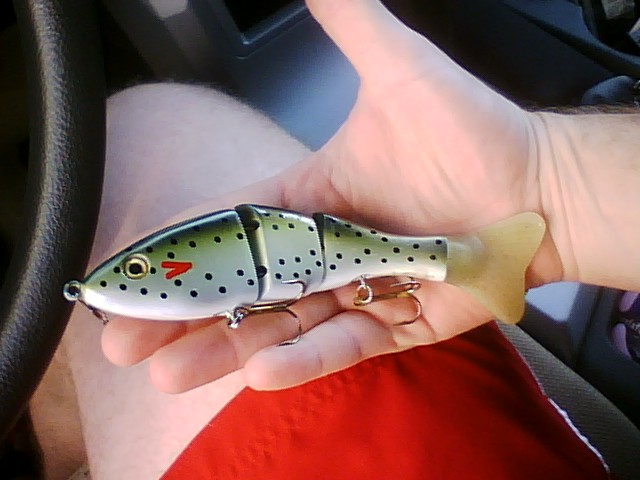 Comment by Johnny Walker on April 28, 2009 at 7:53am
Well.... Thanks for the tips on the lure modifications. I used a Triple-Trout for the 1st time down in Lake Havasu that I borrowed from the boater I was fishing with...and ended up catching a nice smallie on day 2 with. He had non-stock Owner t-hooks and S-rings and had no snap swivel attached either. I figured I'd fish it stock until I really got comfortable with. ABout the Snap swivel.... not sure why they come on there but I wanted to see the difference with and without... I think I'll open up a Blog for tips on rigging and modifying everyones favorite lures and the what, where , how, and why about them... that'll be great! Thanks for the tips!

Comment by David Parnicky on April 23, 2009 at 7:45pm
Now that is a story! Glad you got your lure back! I did some fishing for one of my rods a few weeks ago..was able to get it luckily also. 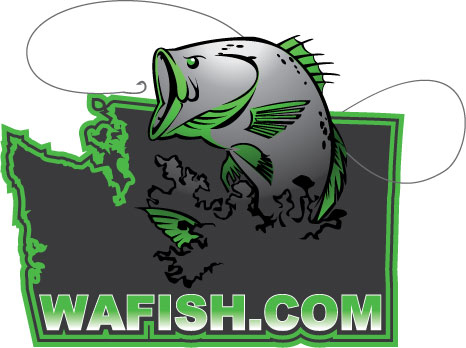 tisk tisk - i see stock hooks. im guessing those are stock rings as well. please tell me im wrong in my assumption.

Comment by RaMcVey on April 22, 2009 at 6:09am
Right on. Good Save. Two weeks ago, I had just put a new bucktail on and started my cast, I really shoulda trimmed the line back a few feet... Right at the apex of the cast the line snapped and all you could see is this lil blue dart flying away.

Comment by Eric DeLay on April 21, 2009 at 9:04pm
Glad to see you give credit where credit is due. God does answer prayers.

Comment by S Hwang on April 21, 2009 at 9:04pm
nicely done man - losing baits like the triple trout always sucks, luckily we always fish with lure retrievers now so we don't lose too many anymore.